The history of political correctness 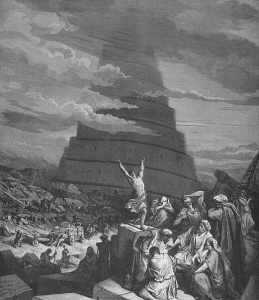 I’m inclined to blame the term itself.  In my last blog post, I suggested that the term is slippery and vague. Well, there’s a reason for that. Although the word “political correctness” has been around for a while, its meaning changed in the early 1990s when the one percent funded a comprehensive attack on “the liberal bias” in education — an attack that continues to this day.

There is a good summary of this attack in the article “Buying a Movement – Right-Wing Foundations and American Politics” by People for the American Way, September 11th, 1996. It explains how corporate foundations pour millions and millions of dollars into shaping public debate on key political issues. They paid for mass media coverage, conservative think tanks, and an organization of conservative university scholars.

I’m interested in just one part of that attack — the use of the terms “politically correct” and “political correctness.” I researched it by logging on to my public library account and searching its article database for those terms in the years 1990 and 1991. (Thank you to my friend Phyllis Fletcher for pointing me to that resource!)

There’s not much until November of 1990, when the Wall Street Journal and New York Times began running articles on the horrors of censorship by liberal faculty and administration.

Who wrote these articles and what were the horrors? It turns out that the National Association of Scholars (NAS) played a key part. The NAS was founded in the 1980s as a network of conservative faculty. In the early 1990s, it received funding from the Lynde and Harry Bradley Foundation, the John M. Olin Foundation, and others. It was strongly opposed to multicultural education, and in the 1990s it burst into the spotlight by blocking the inclusion of civil rights readings into an English course and by defunding a Chicano newspaper.

Basically, they were bent on censoring diversity in curriculum. But they couldn’t say that in so many words. Propaganda was necessary to make their efforts palatable to the public.

PC-ism, as it has come to be called, reigns on campuses from sea to shining sea. Dissent from politically correct positions on women, minorities, multiculturalism and the like comes at a high cost — a cost that may include threats, vandalism, sit-ins, shout-downs, charges of racism and sexism and, frequently, administrative punishment.

This article framed people who dissented from “politically correct positions” as underdogs. It framed attempts to add diversity to the campus as an attack on Western culture. And it framed opposition to NAS scholars as an assault on free speech.

Once Rabinowitz had framed the problem, she presented a solution. She introduced the NAS as a “Resistance Movement.” This meant that, among other things, her article was recruiting conservative university scholars who were “opposed particularly to the new doctrine of multiculturalism.” These scholars would later add their voices and their horror stories to the charges of political correctness that the Wall Street Journal and New York Times were all too happy to print.

A year later, a think-tanker named Dinesh D’Souza wrote the book Illiberal Education, which criticized multicultural education and affirmative action, spoke against student groups formed around skin color, and said that political correctness was “chilling freedom of thought and speech on American campuses.”

D’Souza, who holds extreme views on colonialism, feminism, and black culture, worked for the American Enterprise Institution through a grant from the John M. Olin Foundation. That foundation’s goals were to:

provide support for projects that reflect or are intended to strengthen the economic, political and cultural institutions upon which the American heritage of constitutional government and private enterprise is based.

marked by or adhering to a typically progressive orthodoxy on issues involving especially race, gender, sexual affinity, or ecology

If you stop and think about the “politically correct” definition, there’s nothing sinister about it. You could just as easily make up a word and call it:

marked by or adhering to a typically conservative orthodoxy on issues involving especially race, gender, sexual affinity, or ecology

But it got sinister overtones in this article. Why? Because in the first paragraph D’Souza suggested that it

seems to have originated in the early part of the century, when it was employed by various species of Marxists to describe and enforce conformity to their preferred ideological positions.

Seems to have? Yes, that’s the kind of slippery wording you often find in propaganda. Where did he get his evidence for this? Who knows! But by inserting this quasi-historical statement, D’Souza had the opportunity to insert the concept of enforced conformity into the definition of political correctness. Neatly done, if sleazy. The next phrase that is almost a definition of political correctness is:

a political and social atmosphere in which politically incorrect opinions are discouraged, villified, and ostracized.

Who are the agents of this villification? Who knows! Which are the politically incorrect opinions? Who knows! What happens to the people who made these opinions in the first place? Who knows! As far as actual meaning goes, this sentence only says, “Some people discourage, villify, and ostracize opinions.” That’s almost true but again, not sinister. I’d wager to say that everybody discourages and villifies opinions. Not sure how somebody ostracizes an opinion, but whatever.

To sum up, D’Souza wrote an entire article on political correctness without defining it. Instead of a definition, he used scaremongering.

That was twenty-four years ago. Since then, the propaganda machine built by corporate foundations and think tanks has kept right on chugging along. Foundations have spent a lot of money over the years loading the definition of “political correctness” with innuendo, so it can be used as a weapon against progressive speech. (The NAS, by the way, is still around, still promoting its free-market, anti-multicultural agenda. At the moment, they’re up in arms about the A.P. US History curriculum.)

How do you fight that kind of verbal manipulation? I would just avoid the phrase “politically correct” altogether. It’s been used as manipulation by a disreputable crowd for twenty-four years. Isn’t that enough?

Instead, when there’s a complaint about some situation and the term “political correctness” is used, it’s probably better for both sides to go back to the specifics of the situation itself. This means asking who, what, when, where, why, and how.

Now, that’s a conversation worth having.

This entry was posted in dreaming politics and tagged political correctness, think tanks. Bookmark the permalink.

3 responses to “The history of political correctness”